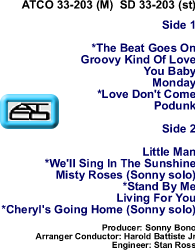 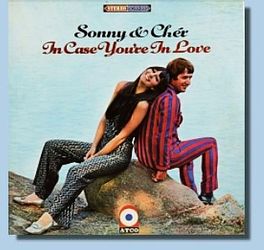 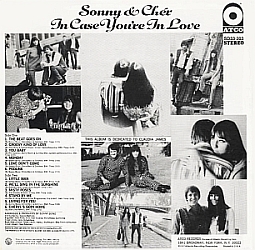 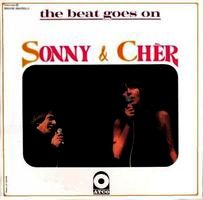 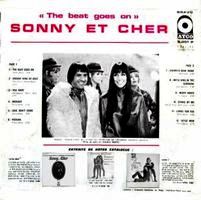 As per the Sundazed CD, “The Beat Goes On”, “Love Don’t Come”, “Little Man”, “Misty Roses”, “Stand By Me” and “We’ll Sing In The Sunshine” were mixed to stereo.
The Stereo LP has an inferior later stereo mix of “Monday” with Sonny singing lead as an overdub – the CD version uses the original mono 45 mix with Cher singing lead.

An attempted stereo mix Of "You Baby" is also on the LP but the entire L channel drops out at the instrumental break.

"Misty Roses" is a long mono version (3.24) EQ'd to simulate stereo, while the remaining tracks ("Groovy Kind of Love", "Podunk" and "Living For "You" are mono music track on R channel only with vocals panned across both channels.

"Stand By Me" on the mono LP runs ten secionds longer than the stereo version (3.41)

The compressed mono single master of “The Beat Goes On” is only available on the original 45 – all other mono versions are a fold of the stereo master. Similarly, the mono master of “A Beautiful Story” is MIA – as is the original 1967 stereo mix of “Plastic Man”.

(It was supposed to be a CD release but digital rights had yet to be negotiatiated.)